Forces from Ethiopia’s Tigray region say Eritrean troops are part of the conflict and the war is far from over.

(CNN)An official from the Tigray People’s Liberation Front (TPLF) has told CNN the war in Ethiopia is far from over and that Eritrean troops are part of the conflict.

Speaking exclusively to CNN for the first time since the fall of Mekelle, the capital of the northern Tigray region, Getachew Reda said the bulk of the region still remains in the hands of the TPLF.
“We withdrew from Mekelle because we did not want to give them the pretext to bombard the city back to the stone age, to indiscriminately bombard and destroy the town,” Reda, Ethiopia’s former Communications Minister and a member of the TPLF executive council, told CNN by phone from inside the Tigray region.
Ethiopian National Defense Forces (ENDF) took control of the city on Saturday, according to a tweet from Prime Minister Abiy Ahmed. It was under fierce bombardment earlier on Saturday, a humanitarian source on the ground and eyewitnesses who have fled Mekelle, told CNN.
“Abiy’s forces focused on capturing the towns but the bulk of the people are in the rural areas — the largest parts of the region — and that is where we are,” said Reda. “As we speak there are military engagements in the larger part of the region; we are defending our positions, there have been a series of offensives and we are taking defensive positions, it won’t be long before we reverse and launch a counter offensive.”
Reda told CNN he feared that the conflict was descending into ethnic cleansing, warning that Abiy is “pitting Amhara against Tigray.” 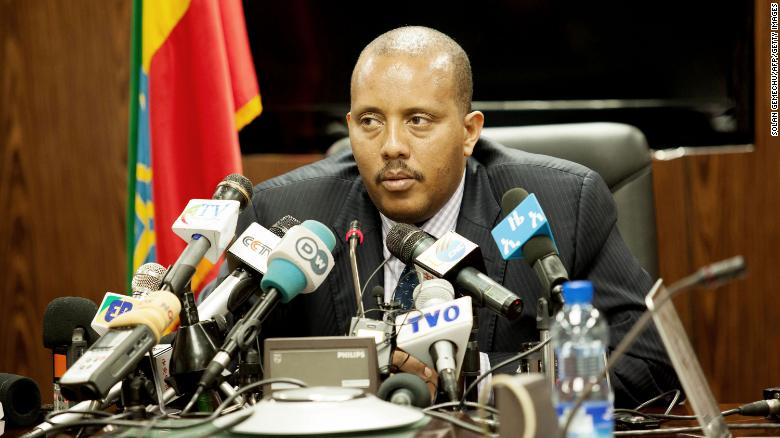 In a file photo from June 2016, Getachew Reda, Ethiopia’s former communications minister and a member of the TPLF executive council, speaks during a press conference in Addis Ababa.
In response to the TPLF’s claims of ethnic killings and Eritrean military involvement, a spokeswoman for the federal government’s state of emergency task force said it was a “continued attempt” by the TPLF to “internationalize the situation and gain international support for impunity.”
“The rule of law operation militarily has ceased. There will no doubt be sporadic and dwindling attempts by the group on the run and those that have not been disarmed yet,” she added. 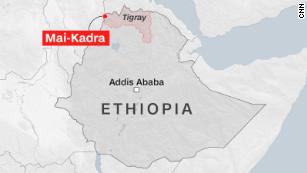 CNN tried unsuccessfully to reach the Eritrean government for comment.
Abiy recently told Ethiopia’s parliament that not a single civilian had been lost in the war in Tigray. He said the war was over and it was time to rebuild the region.
Rights groups say hundreds have died, but CNN cannot independently verify those numbers because of a communications blackout in the region. Internet, mobile phones and landlines are down.
Reda contradicted Abiy’s assertion that the war was over and said the TPLF have launched multiple strikes against neighboring Eritrea because he claimed “90% of the forces operating in Tigray are from Eritrea.”
He called on the international community to intervene in the Ethiopia conflict.
US Secretary of State Mike Pompeo said he spoke with Abiy on Monday, reiterating the need for de-escalation.
The conflict, which began in early November, threatens to undo years of progress in Africa’s second most populous country and the restive Horn of Africa region. More than 47,000 Ethiopian refugees have now crossed into Sudan, said Babar Baloch, the global spokesman for UNHCR, the UN’s refugee agency.
Some of these refugees described to CNN being beaten and tortured by Eritrean soldiers.
The UN’s humanitarian coordination office said on Friday it was doing its utmost to secure aid access to Ethiopia’s Tigray region, after a deal was struck to reach displaced civilians.
“There are still operational issues of a logistical nature, some of them are of a security nature, that are being worked out, so that we can proceed with the missions,” said Jens Laerke, the spokesman for the UN’s Office for the Coordination of Humanitarian Affairs (OCHA), adding that “everyone, of course, (is) working full speed to make that happen.” 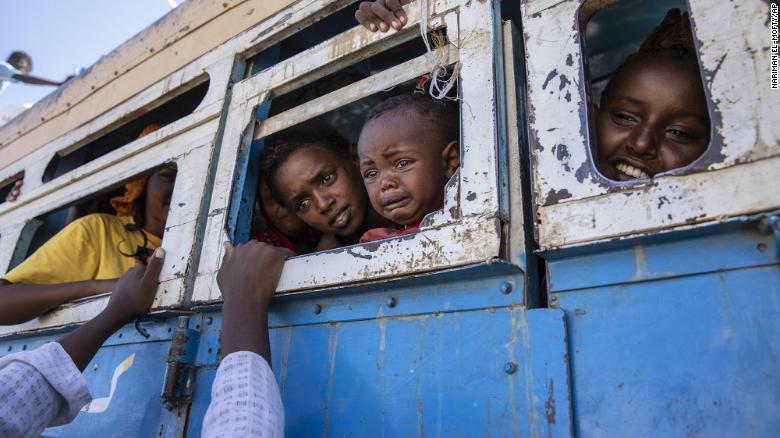 Tigray refugees who fled the conflict in northern Ethiopia ride a bus to a temporary shelter near the Sudan-Ethiopia border on Tuesday, December 1.
Humanitarian organizations are struggling to provide services amid the tsunami of refugees.
“We are underfunded, conditions are bad,” the Secretary General of the Norwegian Refugee Council, Jan Egeland, told CNN’s Becky Anderson on Friday. “It’s much worse inside Tigray, where we haven’t had access in a month.”
He said witness testimony did not match Abiy’s claims that civilians have not been harmed. Refugees have also told CNN of incidences of harrowing violence connected to the conflict.

US House passes a Resolution Condemning all violence and human rights abuses in Ethiopia, and calling on Ethiopia and Eritrea to remove all Eritrean troops from Ethiopia