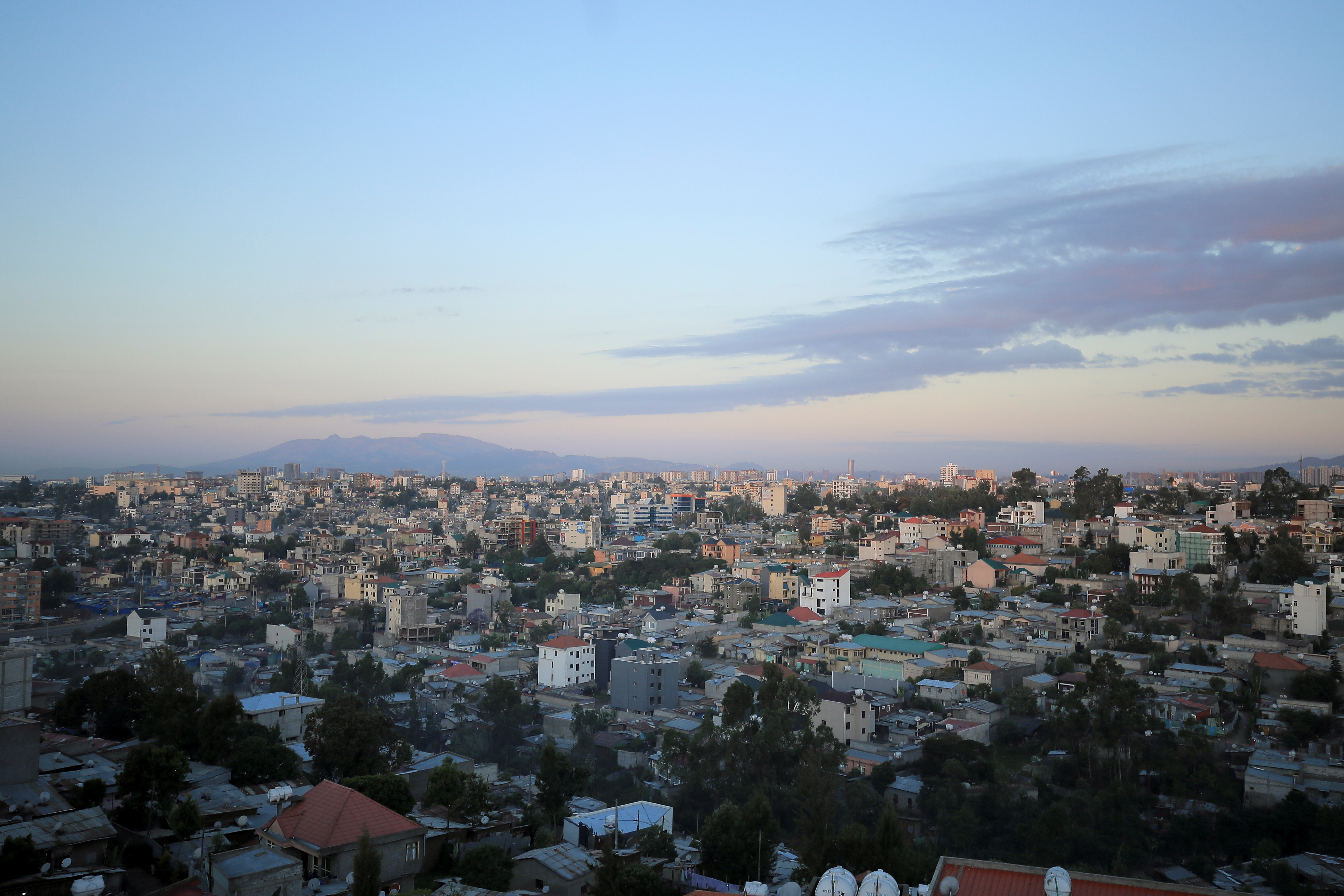 A general view of the skyline of Addis Ababa, Ethiopia November 3, 2021. REUTERS/Tiksa Negeri
NAIROBI, Nov 10 (Reuters) – Ethiopian authorities have detained more than 70 drivers working with the United Nations, a U.N. spokesperson said, amid international alarm over reported widespread arrests of ethnic Tigrayans as the war in the country’s north escalates.

The ethnicity of the 72 drivers was not clear. The U.N. spokesperson said the drivers are contractors of the U.N.’s World Food Programme (WFP) and were arrested in Semera, the capital city of Afar region.

Government spokesperson Legesse Tulu and foreign affairs ministry spokesperson Dina Mufti did not respond to a request for comment on the drivers’ detention.

Afar borders the Tigray region, where conflict broke out a year ago between federal troops and forces loyal to the Tigray People’s Liberation Front (TPLF), the region’s former ruling party.

The war has killed thousands of people, forced more than two million from their homes, and spread into Afar and Amhara regions, threatening the stability of Africa’s second most populous nation.

The economy, which was for more than a decade one of Africa’s fastest growing, is taking a hit, with official inflation at 35% in September and food and fuel prices soaring.

Ethiopia declared a state of emergency on Nov 2, which permits the government to detain anyone suspected of collaborating with a terrorist group, requires citizens to carry identification cards and permits searches of private homes. Parliament designated the TPLF as a terrorist group in May.

The head of the state-appointed Ethiopian Human Rights Commission said on Tuesday it had received reports of hundreds of arrests of Tigrayans in the capital. Elders and mothers with children are among those detained, the commisison said.

The Addis Ababa police spokesperson said on Tuesday the arrests were not ethnically motivated and only those who violate the law are being detained.

TPLF spokesperson Getachew Reda said on Wednesday the state of emergency is a carte blanche to conduct mass arrests of Tigrayans. He told Reuters the arrests of U.N. staff and contractors drew attention to the wider problem.

“Thousands are being arrested simply because of their ethnicity,” he said.

The United Nations is liaising with the Ethiopian government to find out why the drivers were detained, the spokesperson said.

The war is rooted in a power struggle between Prime Minister Abiy Ahmed and the TPLF, which had dominated Ethiopian politics for three decades until Abiy took office in 2018 and sought to curb its power and influence.

In September last year, the Tigrayans held a regional election even though the central government had ordered a postponment. Two months later, fighting broke out in Tigray and Abiy ordered a military offensive.

In recent weeks, the TPLF and allied forces have moved closer to Addis Ababa.